Here’s a little round up of some of the press coverage for the blog, starting with the most recent:

Interviewed in Kate Gunn’s piece on Gender Neutral Approach to Parenting in the Irish Independent, 3 March 2016

Contributed to a Huff Post piece on batchcooking, 18 January 2016 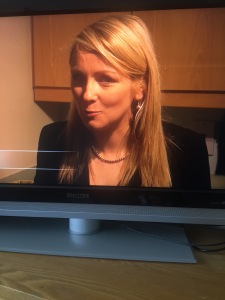 Me on UTV Ireland

Newspaper interview for a piece on GP costs by Emma Jane Hade in the Irish Independent on 13 December 2014, “It would put you off going until you’re sure they need a doctor”

I was recommended as a “Foodie to Follow” on Twitter in the Irish Independent’s Weekend magazine, October 2012.

Hi- Here's the GDPR bit- Bumbles of Rice uses cookies to ensure that you get the best experience on our website. If you continue to use this site we will assume that you're OK with this OK