I admit it, this year’s Christmas TV schedule doesn’t dazzle, there’s the usual formula of films, documentaries and Christmas Specials. I shared some of my choices for Christmas 2016 on the Marian Finucane Show radio programme last Saturday, but here are all my selections in detail.
For the Kids

We’re Going on a Bear Hunt, the much loved kids’ story is brought to life by the team who made the Snowman and the Snowdog, it’s a gentle story with a fun ending that’s suitable for all the family to watch. Channel 4, 7.30pm on Christmas Eve.

This year’s adaptation by Magic Light, the company who brought modern kids’ classics like The Gruffalo and Room on the Broom to life previous Christmases have done their thing with Roald Dahl’s Revolting Rhymes this year. The story takes the classic fairy tales of Little Red Riding Hood, Snow White, The Three Little Pigs, Jack & the Beanstalk and Cinderella, then mixes them together and serves them with a mischievous twist. Two episodes with all star voice casts including Dominic West and Rob Brydon and the omnipresent in this year’s Christmas schedules, David Walliams.  St Stephen’s Day and 27 December at 6.30pm on BBC One.

Older kids will enjoy the Two one hour long episodes of the very popular recently relaunched show fronted by Dara O’Briain and Angela Scanlon, which will see teams of celebrities (rather than the usual enthusiastic amateur roboteers) compete to build their infernal devices and battle it out in the arena.8pm on Wednesday 28th December on BBC2 and Thursday 29th December at 8pm on BBC2.

To Walk Invisible: The story of the Brontë Sisters. A one-off 120-minute drama. Expect, as the BBC puts it, “the story of Charlotte, Emily and Anne Brontë, sisters who overcome a life of hardship and the tragic decline of their troubled brother to write great works of literature”. Starring: Charlie Murphy (Love/Hate) as Anne. Thursday 29th December at 9pm on BBC1.

Based on a 1948 Crime by Georges Simenon novel this period feature length crime drama stars Rowan Atkinson as detective Maigret and is getting excellent reviews. Christmas Day 9pm, on ITV

Bringing the Young Adult novels of Jasper Fforde to life this feature is on Sky 1, 5.45pm Christmas Day. Watch the trailer here.

Walliams and Friend Christmas Special With Hugh Bonneville, comedy sketches, you’d nearly have forgotten that it was on Little Britain that we first met David Walliams, but he’s back where he started in this comedy sketch special. BBC One, December 27

Blankety Blank hosted by David Walliams (again) a one-off special of the much-loved show which is off our screens since 2001. 9pm Christmas Eve. 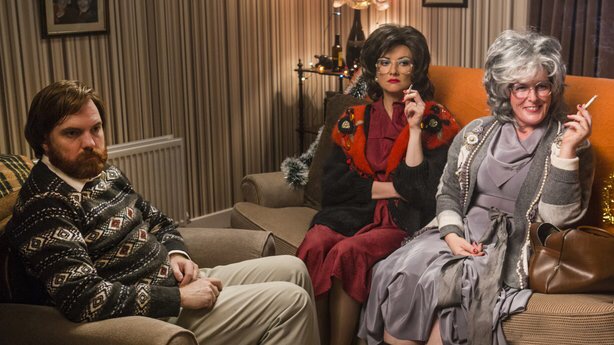 Bridget and Eamon Christmas Special  Bridget accidently kills Eamon’s mother with the carving knife on St Stephen’s Day. We love it because we lived it, the 1980’s references are spot on and Bernard O’Shea’s Eamon is perfect, down to the salmon sportscoat. RTE 2 Christmas Eve, 10.05pm

Outnumbered I loved this part-improvised sitcom from the Brockmans are back,and the kids are all grown up, real life with warm laughs. 10pm Stephen’s Day on BBC One

Graham Norton has Helen Mirren, Will Smith and Naomie Harris on December 23

Chieftains 2016 10.40 TG4 on Christmas Day – have the chats with the family while the Chieftains entertain.

Pull Like A Dog Gary and Paul O’Donovan – A documentary following our Olympic heroes as they return to Skibbereen 9.30pm RTE One December 27th.

If you’re looking for something a little more, well, surreal then this festive science spectacular featuring Brian Cox and Eric Idle of Monty Python sounds like it will fit the bill, addressing some of the biggest questions in scientific exploration through speech, song and dance. I don’t quite know what to expect ! BBC2, 9.30pm, St Stephen’s Day. 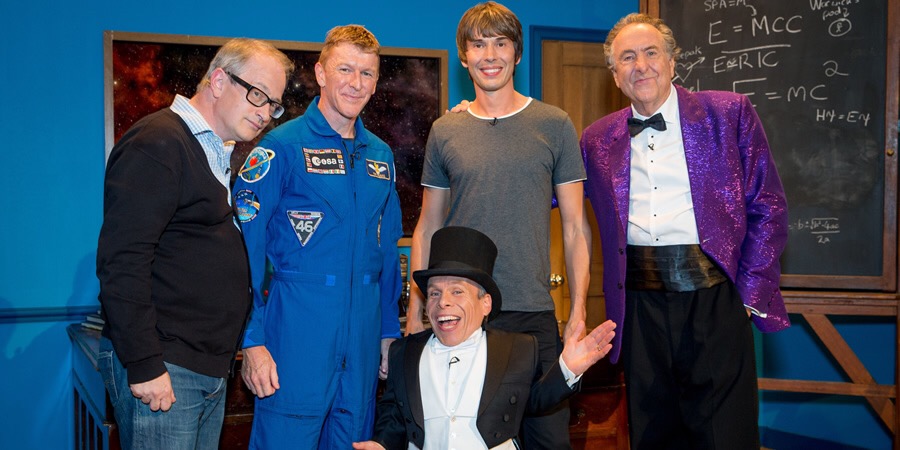 Celebrity Home of the Year– I love nosing around other people’s houses so programmes like this always rate highly on my list, This on Wednesday 28th at 6.30pm Terry Prone, Norah Casey and Darren Kennedy

The Great Christmas Bake Off – before it leaves BBC and the bake off dream team disband – they’re not telling which bakers from previous series are coming back, but we do get one (or two) final dose of Mary and Paul, Mel and Sue. Episode 1 4:45pm on Christmas Day,on BBC1. Part 2 is on St Stephen’s Day at 7pm.

In times gone by what the “big film” was on Christmas Day was a big deal, but these days with downloading and streaming people watch TV differently, bingeing on boxsets or series and having films ready to go. If you are still a traditionalist then these caught my eye on the real schedules, but there’s just so much there that it’s very hard to summarise. Here’s a mix, from the oldies to the awful stuff that the kids know every line of.

Muppets Most Wanted – features Ricky Gervais and Tina Fey and a visit to Ireland. RTE One 1.30pm Christmas Day

Home Alone Christmas Eve on RTE One (1990) Christmas Day 6pm on Channel 4, and streaming on Netflix

Willy Wonka and The Chocolate Factory – Christmas Eve on TV3 at 5.30pm, Christmas Day TVe at 7pm (you know you wanted to know)

Frozen As if parents of small girls can’t recite this line by line, but you may never a rest so keep it in reserve. Christmas Day, BBC One at 3.10pm and RTE One at 6.35pm

The big movie on Christmas Day is Captain America: The Winter Soldier 9.25pm, RTE One

Film Favourites like Arthur Christmas, Scrooged, Home Alone are all streaming on Netflix.

Time to go through the Netflix menu! I’d recommend series like The OA (I’m currently hooked) and Stranger Things if you haven’t seen them already.

Disclosure: I am a member of the Netflix Stream Team and receive a Netflix subscription for posting Netflix updates and reviews. However, all opinions and recommendations are my own.