Travel and adventure starts at home, so last week I brought the boys (in fact, the extended family) to visit the main attraction in my home village, a place I worked for a month on a student job scheme in the 1990’s.

Duncannon Fort is tucked in a prime position in the village, between the long strand and the colourful harbour. A visitor to the village by road might not even notice it but by sea it’s an imposing sight, jutting out into the Waterford Estuary.

When I was a child the Fort was in use for army training and FCA events, after its closure it was then re-invented as a tourist attraction.  The Fort and the businesses within its walls (including a Maritime Museum, Art Gallery and Coffee Shop) added great vitality to the village so there was huge local disappointment when the Fort was closed in May of last year on “health and safety” grounds.  The good news is that access to the Fort is possible again this year, with Hook Tourism running pre-booked guided tours. We booked ours online at www.duncannonfort.ie. 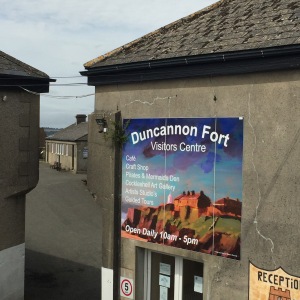 We met our tour guide local man Bob Doyle at the gates at the appointed time. There’s something reassuring about the tour guide being of the place that they are showing you around, you feel like you’ll get the full story, and all sides of it. There were about 20 (I didn’t count) in our tour group, and we were the only locals.

After the introductions Bob brought us across the bridge over the moat and up on the battlements of the fort with a narrative of the history of the fort from the 1500’s to the present day as we moved along the battlements. Bob’s local knowledge and anecdotes really added to our tour, and he was game for a laugh too.

The coastal views up and down the Waterford Estuary out to Hook Head are breathtaking. 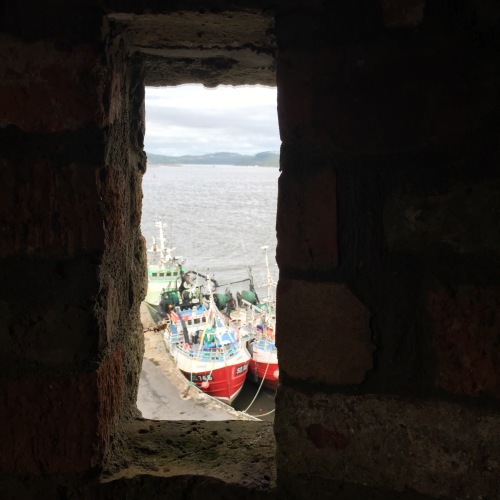 The internal courtyard has some cannon and mines on display and you will even hear of a curse that led to an usual feature on one of the buildings.

The highlight of the tour for the kids was going into what, in my day (suspense here, what’s it called now, you’ll have to go to find out) was known as “The Croppy Boy’s Cell”. We had to don head torches to descend through the tunnels and we came out a different exit, there was a real sense of adventure to it. 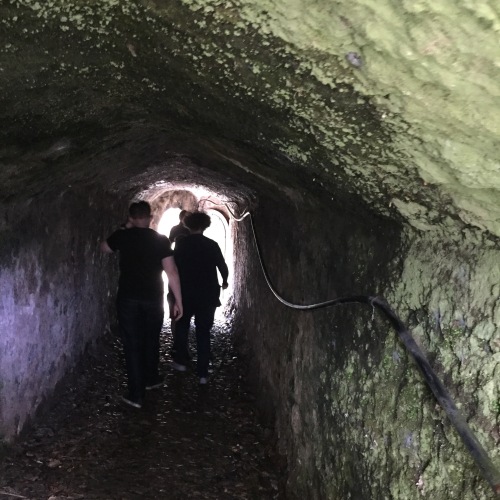 We really enjoyed the tour and would highly recommend it to visitors and locals alike.

Tours can be booked either online at Duncannonfort.ie or in the Hook Tourism Office next to the post office. The tours cost €5 per adult and under 16s are free. No cars are admissible so park in the village. 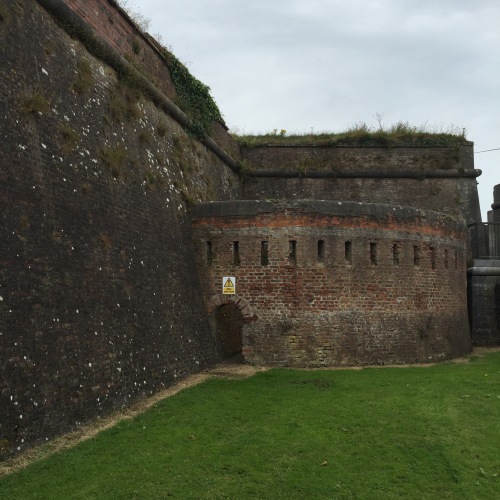 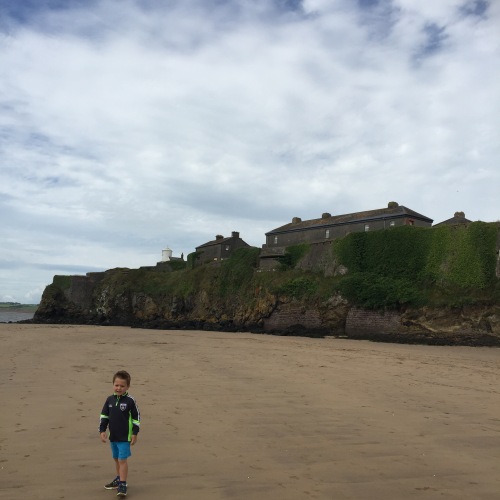 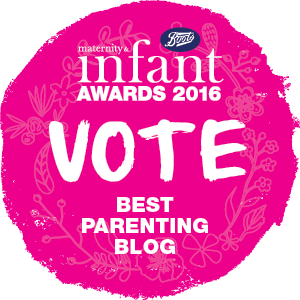 It’s getting closer!! I am one of ten finalists in the Boots Maternity and Infant Awards in the “Best Parenting Blog”. Thanks so much to everyone who voted for me in the first round. Voting in the next round is open until 28th August and you can vote from anywhere in the world.  You can vote by clicking here or on the massive pink button above and choosing Bumbles of Rice. (It’s easiest to do if you click the Facebook option). Any votes and shares are very, very much appreciated.  Thanks!

And did you know you can also find Bumbles of Rice on INSTAGRAM (trying out the stories and getting into the swing of doing the short videos, you can see what I am up to, how tired I really look, what I sound like, and whether I forget to tidy the background in a clip, fascinating stuff you don’t want to miss.)