Seven Toys That Kids Love to Play With

It’s all very well reading toy recommendations from people who received press releases, but really kids are the best judges of what toys kids like. I often think that my crew are blind to their own toys as they’re shoved into IKEA Trofast boxes in one end of the sunroom, but when we have visitors all the toys get pulled out and the kids choose what to play with.

I’ve noticed that it’s the same things that small children bring to show their mammies who are drinking tea and chatting with me in the kitchen.

Here’s the list of toys that kids that visit our house just love to play with, it might just help you with your Christmas gift ideas for two to seven year olds. These toys are all, in my experience “gender-neutral”. Yes, boys push dolls in buggies and make cups of tea too, and girls like to play with castles and dress up like pirates. 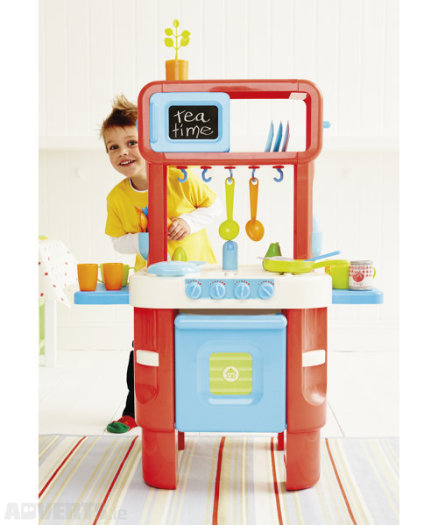 The key here is to have a teapot and play food, Laoise and her little friends make tea and soup all day long. Our teaset is a plastic one from Tesco that’s stood the test of time, we have it about five years.

Where to get it: This one is from Mothercare and is on offer for €49.99, it’s great as there are two sides to play at so if the kids are fighting they can still play away without bumping into each other. Toy kitchens are widely available.

Or try this similar one from Amazon (affiliate link) 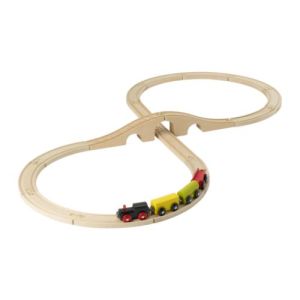 We have two of these that live in big box together, one from Tesco and one from IKEA. They’re interchangeable so the kids get down on the floor and make a huge track and have train races. I leave the train sets on a low shelf in a clear box so that the kids can see what they are and decide if they want to play with them.

Where to buy: You’ll get these in most toy-shops but supermarkets and IKEA tend to offer better value, the one pictured costs only €10. Amazon has similar here (affiliate link)

I never stop raving about this toy, we have it around 3 years now (since 2014 I think)kids of all ages play with it, they use Barbies, farm animals, Lego men and occasionally the figures that came with it. It’s a castle with lots of (battery-free) special effects like trapdoors, stairs and secret entrances and is made to last by Fisher Price. Highly recommended.

Where to get it: Toy shops, although it might vary slightly from year to year. It’s available on Amazon here  (affiliate link). 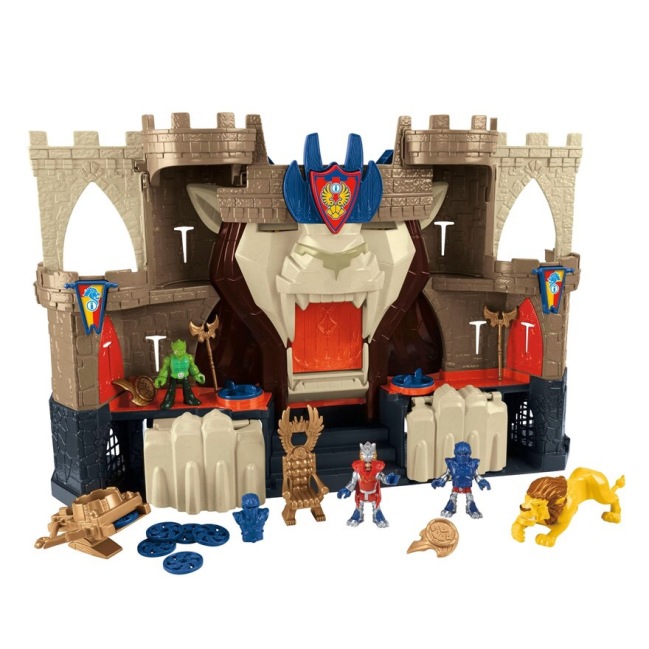 We’ve two, a light one and a sturdy tandem twin buggy my cousins gave Laoise when they cleared out their playroom. Every person and animal based toy has been brought for a walk around the house in this and it always gets hauled out when we have a playdate.

Where to buy: Anywhere that stocks them, they turn up everywhere. 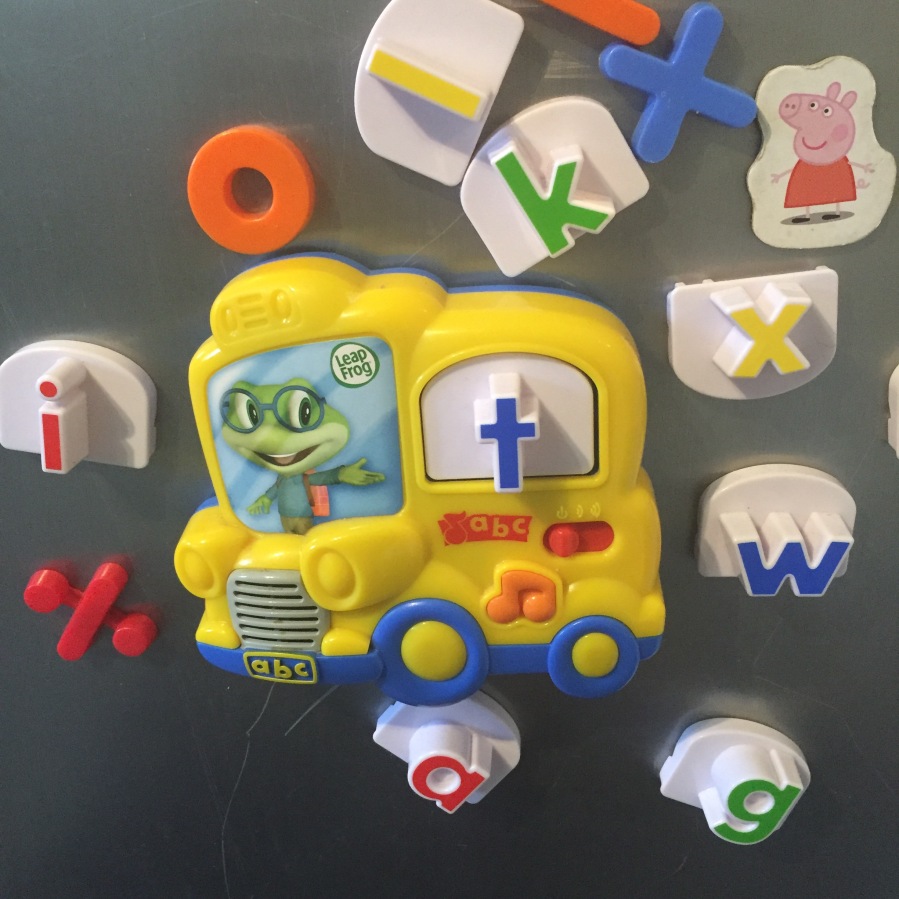 This is a toy that my own kids used play with in friends’ houses so much that we bought it and now it’s our fridge that  is surrounded by children playing it. It’s suitable for kids from cruising stage upwards, when they put the magnetic letter piece into the slot the toy sings and pronounces the letter phonetically. It’s much more fun that it sounds and come in at around the €20 mark. If your fridge is integrated you could use it on any magnetic surface, there’s nothing magically fridge related despite the name!

Where to buy: Most toyshops stock Leapfrog toys and it’s also available on Amazon through this affiliate link I’ve found Amazon to be considerably cheaper in the past for Leapfrog toys.

6. This Peppa Pig toy that doesn’t have an off switch

The kids LOVE it. Again, a Peppa toy that’s also a game with letters and sounds, and learning. But beware, it doesn’t have an off switch. AT ALL. Bear that in mind, knowing that it’s very much loved by children in this house, Cathal got it for his third birthday having spent every Tesco visit playing with it for a few months before his birthday and he’s good enough to share it with Laoise now, most of the time anyway.

Where to buy: Tesco stock it as do Smyths, it’s usually €25-30 or you can get it here from Amazon

We’ve quite a stash of dress up clothes, I often suggest them as gifts when people ask what to get the kids. They really seem to have universal appeal, at a recent birthday party kids aged 2-7 paraded around dressed as pirates, superheroes, doctors, firemen, animals and knights, delighted with themselves.

Where to buy: These are everywhere but if you’re after well made ones check out the Melissa and Doug range, I’ve bought them from my local independent pharmacy, Whelan’s in Gorey, it’s always good to shop local. Expect to pay €20- €25 ish for the Melissa and Doug ones.

This isn’t a sponsored post and all of the toys mentioned were either bought by or for us (well, the kids, not us, not really). The post does contain affiliate links which means if you click through and buy from the link  here on Bumbles of Rice I’ll receive a commission to help with the running of my site.

Regular readers will know that I often link to Amazon and I’m now also a member of  Amazon Associates so here’s what you need to know about that: “Bumbles of Rice is a participant in the Amazon EU Associates Programme, an affiliate advertising programme designed to provide a means for sites to earn advertising fees by advertising and linking to Amazon.co.uk.