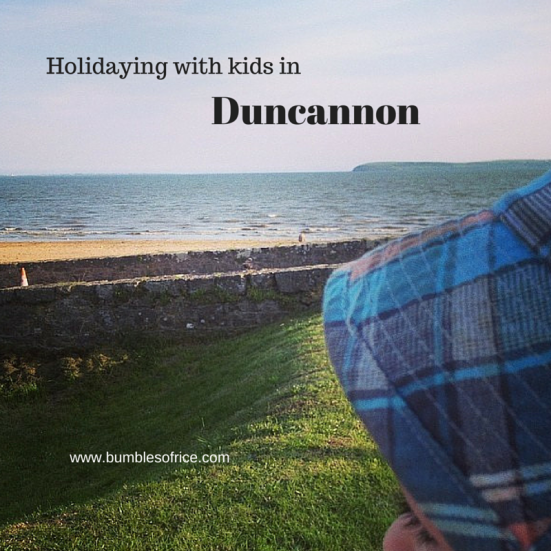 We’re back into holiday season and people have been asking me again about Duncannon, the beautiful village on the Hook Peninsula in South West County Wexford where I was born. I continue to be a proud ambassador. I wrote all about it last year

The village is on the beach, has a small fishing harbour and is dominated by a Fort that originally dates from the late 16th century. The Fort is currently closed to the public, a huge loss to the village. The good news story is that the Cockleshell Art Centre is relocating to Ramsgrange Parish Hall for months of July and August, exhibiting local artists’ work. 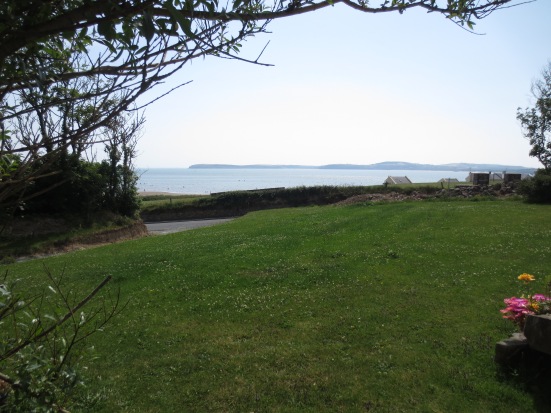 When I spent a lot of time in the summer of 2013 in my parents’ house with the three kids and I realised then what a fantastic holiday location it is for anyone taking their summer break in Ireland, especially those with young children.

The village really comes alive in the summer, and when the sun comes out the beach is packed. Duncannon beach is perfect for a stroll, or an amble, you can park on the beach and stride across. There are some water quality issues at the moment but when swimming is allowed it’s very safe for kids and there is a lifeguard patrol.

There are enough beaches on the Hook Peninsula to go to a different one every day for two weeks (I’m pretty certain I got that from a tourism brochure back in the ’80s, in fact I can picture it). You could even try a beach scavenger hunt.

Attractions in the area include:

Hook Lighthouse There’s the lighthouse (the oldest in Europe, called “the flashiest” by Lonely Planet), a wooden ship play thing, rocks to climb and an art room where kids can make their own slate artwork and bring it home as a holiday souvenir. 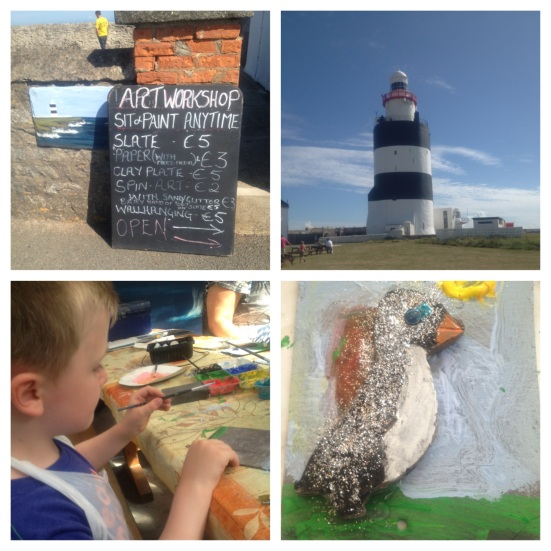 Tintern Abbey An abbey might not sound like somewhere fun to bring the smallies but we love it. Located just off the road from Wexford to Arthurstown, Tintern is a great place to wander and breathe in the fresh Wexford air.  There’s a walled garden (admission charged) and the abbey is open to the public, but for us we avail of the walk in the woods and the exploring. For this, admission is free. There’s a tearoom on site and the abbey is open to the public for a fee. 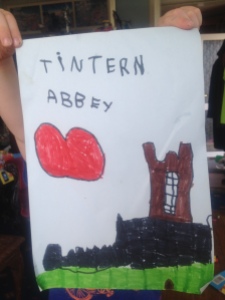 John F Kennedy Park and Arboretum This was one of the places we used to go on a Sunday drive when I was a child (The Hook was the other). We always took the Lake walk and brought bread to feed the ducks. These days we spend the day wandering along the walks and botanical examples where you can walk for hours, feed the ducks, play in the playground and ride the model train (extra charge, only open during the summer months). Make sure to take the drive to the top of Sliabh Coillte too (entrance across the road from the Arboretum) for panoramic views of the area. 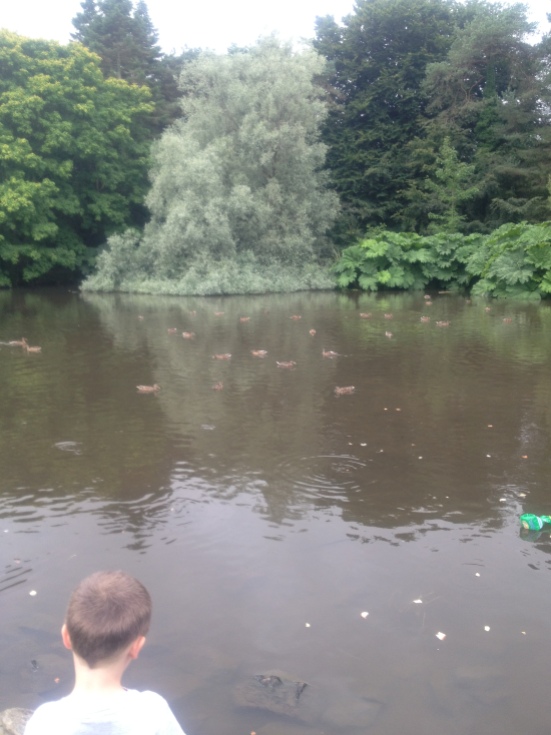 Feeding the ducks at Kennedy Park

Loftus Hall – Ireland’s most haunted house, so possibly more for the adults but my sources tell me that kids will love the new zipwire.

Close by (30 minutes drive or less)

Take a trip to Dunmore East via the Passage East Car Ferry– the ferry trip itself is exciting for the kids, but very short.

There are cinemas in Waterford and Wexford.

The nearest indoor playcentre is Playbarn in New Ross.

If you’re feeling active check out Hooked Kitesurfing in Duncannon, “supping” is suitable for older kids and adults. There’s kayaking and surfing at Monkey Rocks Surf Shop in Fethard.

Places to eat and drink with kids

Bar Food: The Strand Tavern, Roches Bar and the Fort Conan Hotel and The Local at Dunbrody House serve food til about 9pm in summer and most offer excellent children’s menus and a friendly atmosphere.

Chippers: The village has two traditional chippers- Off the Hook (who also do pizza) and Juff’s.

Ice-cream: The Kitesurfing Hut has Maud’s cones, Off the Hook has 99’s and Strand Stores has a fridge full of HB delights and a new cone machine.

For fancier dining (as in without the kids) Aldridge Lodge and Dunbrody House are a stone’s throw (or walking distance, depending on your shoes)

Hal’s Ceili Band play every Thursday night all year long in The Strand Tavern (my Dad is in the band!)

Roches Bar and The Strand Tavern and The Fort Conan Hotel have live music every weekend all summer.

For the kids, there’s a magic and puppet show with Noel Lynch’s Kids’ Party Club in the Strand Tavern each Monday during the school holidays at 6pm. Admission, €2 per child is well worth it, Noel is brilliant with the kids. 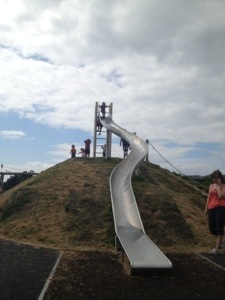 The HUGE slide at Duncannon playground

Duncannon’s playground recently doubled in size thanks to the amazing efforts of a local community group. The boys could spend hours here and I have been down the slide a couple of times 🙂

There’s a smaller playground in Fethard on Sea.

Attractions I have yet to visit (Still)

Abbey Crazy Golf is at Winningtown outside Duncannon

There’s a small hotel in the village, numerous B&B’s and lots of holiday lets. Dunbrody Country House is just outside the village.

See, there’s so much to do, there’s a great reason why they call it #Funcannon

*Some of this content appeared previously on Bumbles of Rice as I’m too lazy to re-write it ! Also I really need to take better photos